"Dress to impress", I am sure you have heard this phrase before or the phrase "Clothes makes the man". The latter is from Mark Twain, he said: "Clothes make a man. Naked people have little or no influence on society." Clothes leave an image on us humans, may we like it or not it influences our minds with a certain image of a person. It has led to fashion and various styles of clothing. This post is about the images I have had of men in certain sweaters and shirts.

♫ The summer is over ♫ (Summer is over ~ Sara Bareilles, Jon McLaughlin) and I don't really mind. I seem to swoon more on men when it is autumn. It might be the sweaters, the shirts, who knows... It just looks better than a tight t-shirt where you can see a man's complete figure, arms, shoulders, chest, stomach and sides. Leaving less to the imagination. I guess, during the autumn men are more mysterious to me.

A few sweaters and shirts... 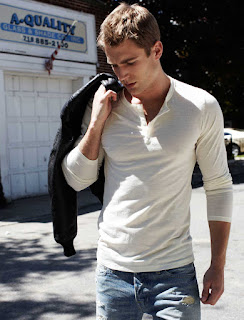 Adding a few buttons makes a huge difference to a shirt! Men in a Henley with three buttons are handsome, especially when it shows their figure and covers their arms. It is a casual shirt, but it shows a bit more definition than a t-shirt. There is also the mystery when the three buttons are buttoned up and the tempting alluring linger when the two top buttons are unbuttoned. But it becomes waaay too hot, when all three are unbuttoned or the shirt has the same v-shape as a Henley but there aren't any buttons... And now that it is autumn there is the Henley sweater *swoon*. When a man wears sunglasses and a Henley I see a tough/cool guy with a motorcycle. One who can protect you and still be loving when he has to be. 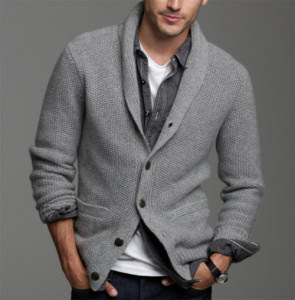 Men in a low cut v-neck cardigan with round buttons and a shirt gives me the impression that they have an office job, have meetings, occasionally stand in front of a class/group of people or they are a librarian. For most men it also show their intelligent side, for others it just looks like they wear it just out of habit to go to work. Either way it shows that they have a job, which is a view of how much of an adult they are to me. 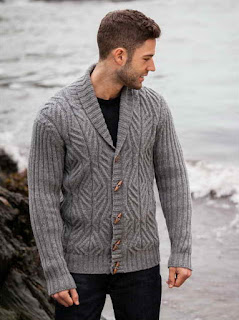 There are also v-neck cardigans with horn buttons. Not sure why but when men wear those I see them as a potential dad and also imagine myself at a fireplace borrowing the cardigan when he is not around just because it is so warm and feels so nice! Or I will fidget with the horn buttons, when he is near me. 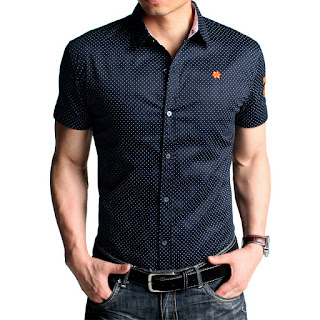 A shirt on a man makes them look handsome no matter whether the collar is long/pointy/short/round, the sleeve is long/short, the sleeve has cuffs/button(s) and depending on the colour and pattern they choose it can impress or backfire. In general men look handsome in them and it beats the polo shirts by a mile. It doesn't mean I might not feel attracted to a guy wearing a polo shirt, I just prefer them in a shirt over a polo. A shirt says a lot about a man, when it isn't ironed or straight you just know they have had a bad day and couldn't find a clean/neat one to wear. The colour and pattern of the shirt either reflects their status single/married/metrosexual/classy or just screams out for attention.


Here are some other sweaters that look good on men: v-neck sweater (casual/going to work), knitted sweater (work/lets go and have a date?) and a shawl collar sweater (sporty/lets do something active outside?).

Line of today: Men wearing the right clothes might make me swoon, but it isn't enough to keep my attention.
Read More