I visited the Foam in Amsterdam today and was inspired by the photographer André Kertész. His photo's depicts his talents and also shows a part of his life.

These are the pictures, that are my favourite in timeline when he took them. 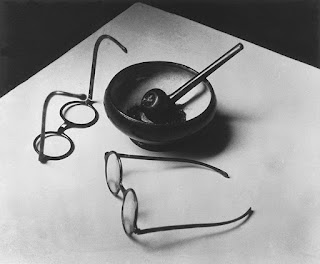 1926 - Mondriaan's Pipe and Glasses in Paris
He met a few artists at the start of his career.

This still-life is of many that he took, that shows how simple a setting can be but also how interesting it can be when you photograph it from the right angle. 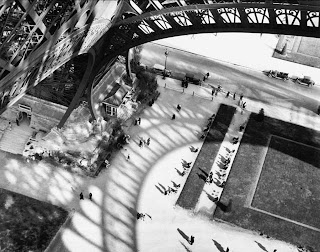 1929 - Shadows of the Eiffel Tower
He took many pictures in Paris with shadows that have a certain pattern. He was there at the right time and spot of the day.

Imagine standing there looking down and seeing the half round shape created by the Eiffel Tower and the sun. And standing there ready with your camera. 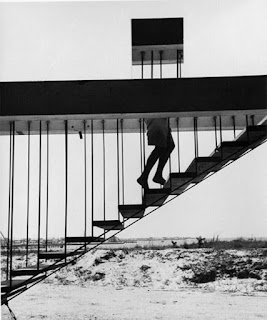 New York stairs
I am not sure, when this was taken but it was around the time that he moved to New York. He started to capture moments of illusion in his photo's.

I love the playfulness of this picture, also I can imagine how he felt when he developed his film and saw it being successfully captured. I remember that I couldn't wait for my film roll to be developed to see whether what I saw was captured on a picture. The luxury that we have now, seeing what we have captured after a second... I wonder what kind of pictures he would have taken with a modern camera. 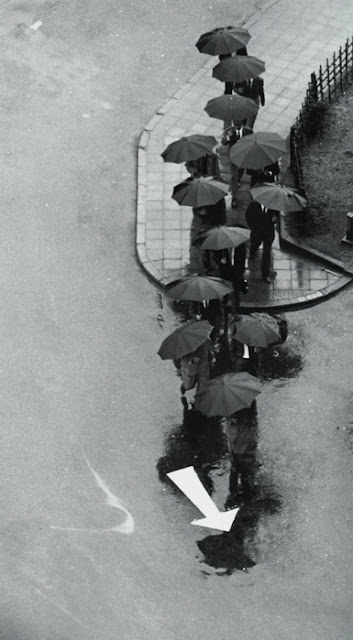 1968 - Tokyo, Japan
He visited Japan during is late career.

This picture puts a smile on my face! It is funny and playful. There is an arrow on the ground and the men in suits are all walking into that direction with an umbrella. They are all heading somewhere, but somehow they are together even if they don't have the same destination. Apart from that it also reminds me of the memories I have made in Tokyo, an escape scene from the movie Minority Report and Gene Kelly dancing and singing in the rain. 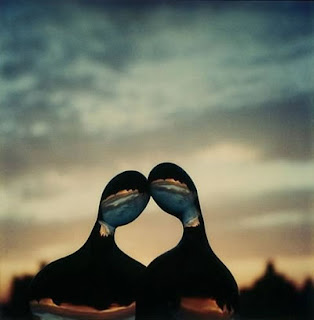 There was a time André Kertész stopped making photo's. It was the period when his wife, Elizabeth Saly, passed away in 1977. I was touched to read that he found a statue that reminded him of her and made it one of his main subjects in a collections of photo's. In 1979 he received a Polaroid SX-70 from the Polaroid Company and created this collection.

This one is my favourite, because I can imagine seeing a loving couple who is looking at a sunset or sunrise.