A process went live today, so I had a busy and lovely day! Work was so much fun today!
It became even better, when I could see and talk to the young part-timer.

I first saw him, when a colleague brought her baby to work. The baby is so cute! It made me smile and so happy! And seeing him standing in front of me made it even more fun. He glanced at me a few times and smiled. I didn't have a chance to talk to him, because I was standing next to other colleagues who I talked to but he noticed me and I noticed him.

In the afternoon, I had a few questions for a lady colleague so I decided to tick-off a to-do list so I visited a few colleagues at different locations. My last stop is at the desk of the lady, who is very knowledgeable when it comes to hardware, clients and such. To my surprise two o'clock in front of her was where the young part-timer sat. I guess it couldn't be helped huh. This is the department, where he is a part-timer after all.

I chatted with the lady and she helped me out a lot. I always enjoy learning things from her and the conversations are nice. In return she asked me questions and to my surprise he joined the conversation. I was sitting on a stool on her left, he stood a few seconds behind us and eventually sat on the short L side of her desk on her right side. I glanced at him, he stared at me and eventually we talked. It is rare to talk to someone, who doesn't evade their eyes from you. And it didn't feel uncomfortable, when he did that. His eyes seemed to be green, but during the conversation his eyes were blue. He tried to make me laugh with word play jokes or repeated a few of my words and changed it into something funny. There were a few jokes, that made him doubt himself, but they were cute and they made me smile.

I was holding myself in too much, I guess. Cuteness makes me smile broadly and during these kinds of work conversations it is odd to smile that broadly. He is intelligent and cute. Usually to calm down these feelings I would pout and slap my cheeks with two flat hands, each on one side of my cheeks. I couldn't do that here nor could I pout. I so wanted to at least pout! 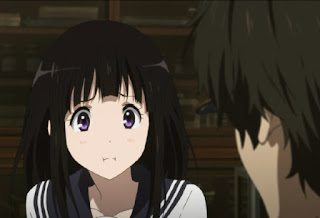 The lady needed coffee, he went and got some for her but also asked whether I need something to drink. He is such a gentleman! After I helped the lady, I stored the stool back where I got it from. He stood up and stood behind the sitting lady and I didn't have a choice I had to walk past him from behind. I then noticed that he is tall, fit, smells nice and has broad shoulders... Gosh, intelligent, cute and sexy. *slaps pouting cheeks*
Read More

Gentleman, kindness and hardworking. It has been years, since I last saw a man who had those characteristics. And being able to hold a conversation. His stare, his posture. Impressing in a subtle way, without being arrogant. Intelligent and kind. Charming... *sigh*

I guess they haven't died out, but there aren't many of them left. The chance of meeting one, becomes more and more difficult because you need to meet them in person somewhere out there. You can't just bump into them, trip in front of them, they won't just appear just in front of you.

I met one, without knowing it. Two weeks ago, we had a longer conversation with one another. It felt natural, innocent and just sharing stories and asking questions. I guess more than that isn't really possible at work. And being someone, who enjoys her job and wants to deliver something that works well not just so-so I couldn't be distracted. He does the same even though he is just a student, who is a part-timer, but last week he told a story louder to someone else. Answering questions, which I have asked before through Facebook. His posture, body, feet weren't facing to the one who he was having a conversation with. They were facing to the other side of the huge room, where I was sitting at my desk. I was concentrating on a difficult puzzle and he was distracting me a little.

His beard, his maturity, the way he talks made me think he was between the age of 26-28. Unfortunately I discovered last week that he was way younger than that. But before I found that out he flirted with me even though it was through text. Also he showed that he is humble. Gosh, he is cute too! He has so many bonuses apart from his character. Hardworking, guitarist and not bad looking at all!

I am glad I asked how old he is, before I asked something irresponsible. He is a 23 year old student, but flirted like a gentleman. Rare to have met such a man once again.

I feel that the universe is taunting me, when I give up on men they appear around me. They walk towards me, sit/stand opposite of me or sit/stand next to me. Breathing loudly, stare, but non say something. Or when you meet someone and have a conversation with them they suddenly appear to be date-able, but in reality they aren't. An illusion, that disappears in an instant.

Line of today: "World, you are messing with me for fun huh?" *shakes head and smiles broadly*
Read More