I visited the exhibition Marilyn Monroe 90 years today and it was totally worth it! Sunday the exhibition will run for its last day in the Nieuwe kerk and I am glad I didn't miss it.

Marilyn Monroe born Norma Jeane Mortenson on 1 June 1926 had a tough and sexual abused childhood, but still she stepped out of it and followed her dreams. She wanted to be an actress and she made it happen! I saw her clothes, her books, her personal belongings, followed her history from birth till her death, watched scenes of her from many movies and I read a few of her quotes. The ones I liked are: "I've never fooled anyone. I've let men sometimes fool themselves." and "I don't mind living in a man's world, as long as I can be a woman in it."

A few facts, which made me think she opened many doors for many people and also why she inspires me as a woman in a man's world:
Many people know her from the white dress from the movie "Seven Year Itch" and also Marilyn singing Happy birthday to president John F. Kennedy.

Do you know the song from Madonna Material girl? The videoclip is inspired by the scene from the movie "Gentlemen Prefer Blondes" (1953), where Marilyn sang "Diamonds are a girl's best friends"

Perhaps you heard the commercial from Chanel No. 5? The sensual, sexy way Marilyn replied to a reporter: “What do I wear in bed? Why, Chanel No. 5, of course”

Or do you know her from the various artworks from Andy Warhol featuring Marilyn Monroe?

I will especially remember Norma Jeane Mortenson as a strong, beautiful, intelligent and funny woman. 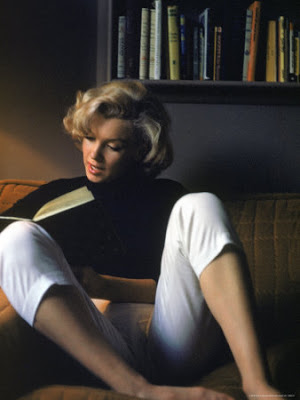 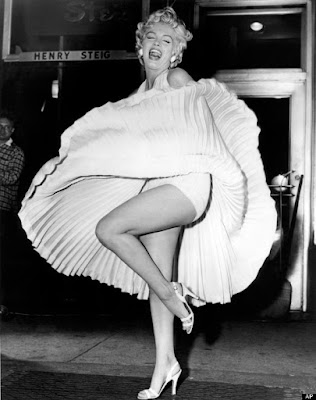