The second time, I went to the orthopedics research department I had long hair till just under my shoulder. I looked for my supervisor and strangely enough... She was not in her room. So I walked to the wrong room. The room on the otherside was filled with guys and they called another guy. An Asian guy from another room stood up and stared at me. I told them, he is not she... and I thought: "What?" But I was dazzled and terrified by them... Anyway, I found her in another room... It turned out, they changed the rooms.

Two scenes of the anime Yamato Nadeshiko Shichi Henge comes to mind. Sunako Nakahara, a girl was once called ugly by a guy she confessed to at her first year of high school. It scared her so much, that she decided to hide her face from the world and turn to the goth death loving side. Her beautiful aunt wants her to be a lady and so makes a deal with four guys, who are glad to accept the challenge of turning her niece in a lady so that they don't have to pay rent to live at the aunt's mansion. Three of the guys are from rich families, so they don't really mind paying rent. But that is not the case for the most gorgeous guy of the four, Kyohei Takano. The anime is hilarious most of the time. 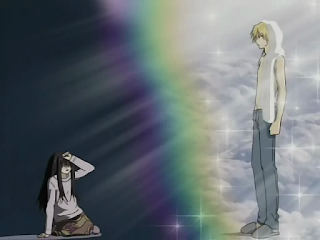 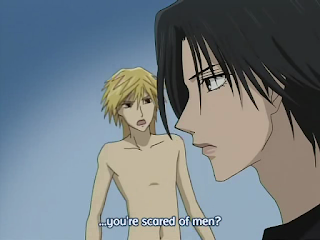 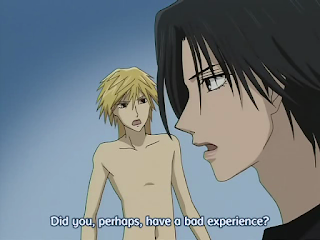 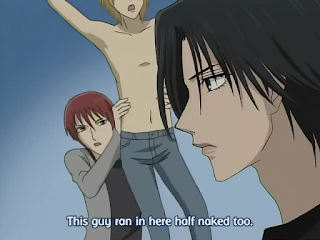 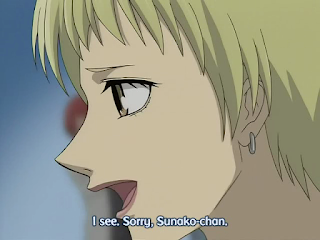 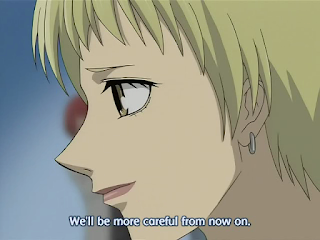 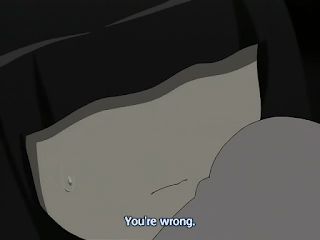 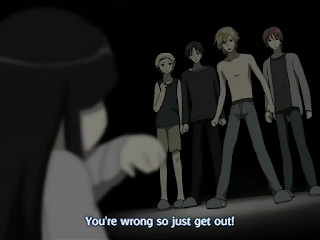 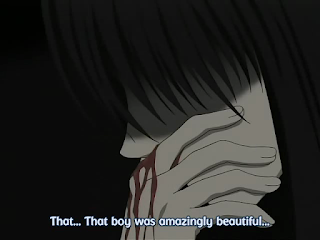 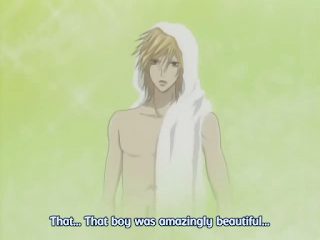 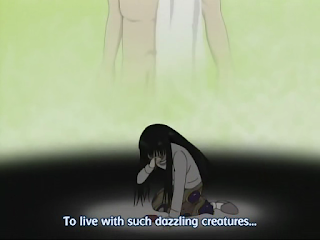 Summary: Sunako's first day at the mansion and Kyohei walks in half naked. She can't stand the dazzle... Shinny!!! The guys think she acts like that, because she is scared of guys but that is not the reason why she acts that way.

The bleeding nose is hilarious, I hardly see a girl doing that in an anime. She does that a lot, when she sees beautiful people. Laughing off the case of being androphobic, I sometimes feel like it would be easier if I should attack instead of avoid and it is definitely not like this... Sunako finds Kyohei too dazzling and to boot he is sick of a fever in bed. She helps him take off his pyjama. He faints on top of her, she flips and pushes him back... 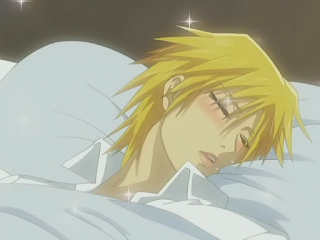 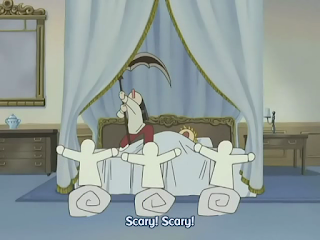 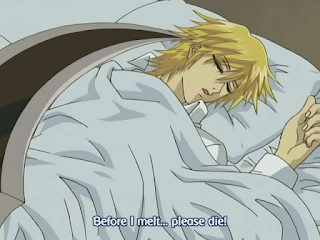 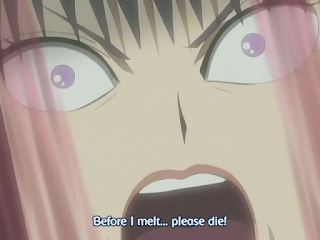 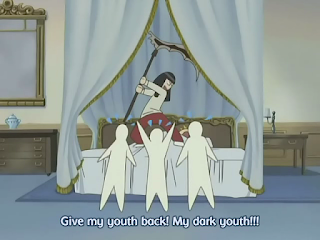 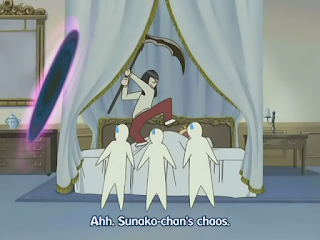 Summary: Death... The beautiful scythe appears and she thinks of killing the dazzling creature. She wants to get rid of the problem, which is Kyohei the shinny creature aka gorgeous guy.

Lol! These scenes are so funny, I can't stop laughing... Anywho, the guys at the department are super cute! And I wonder, if one of them... The new medical researcher... Is he single? ~nyaaah He has such a cute smile! Oddly enough... I get completely girly from the inside when I find something cute. I only show those feelings to my friends, other than that it goes through my head.. The giggles and cute... "So cute!" thought. My androphobia is completely clouded, when I find something cute.